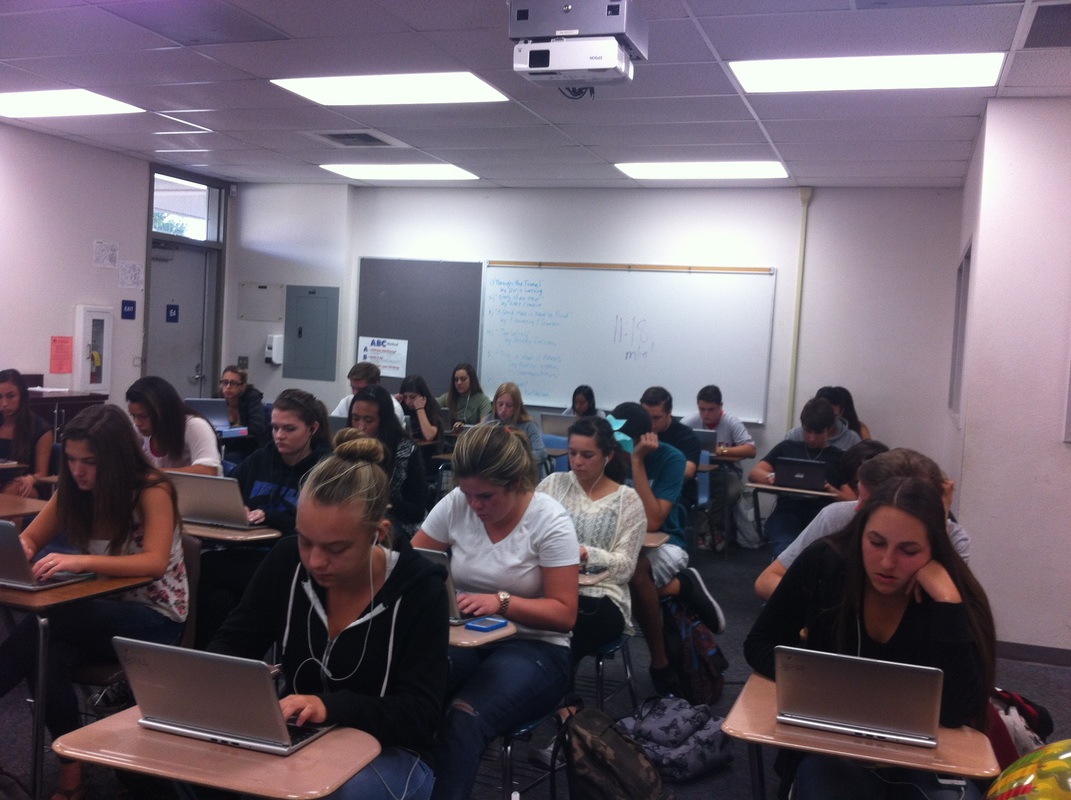 It’s good for teachers to develop learning objectives and know where most lessons are headed, but it’s equally important to take risks, to be as surprised and delighted as the students as to the outcome, and to leave the results up to the pedagogical gods.  This detachment can lead to some amazing results.

Case-in-point: I was inspired by author Chuck Wendig’s recent “Pep Talk” for the people participating in the annual National Novel Writing Month challenge (NaNoWriMo).  If you’re so inclined, you can read his essay here.  To paraphrase, Wendig talks about the freedom and exuberance of the blank page.  He says you can do anything you want on it, and that you shouldn’t, at least first, be crippled by rules, restrictions, or structures.  At one point, he uses the metaphor of getting in a souped-up car and flinging mud and doing donuts in an empty field.  As a writer, not only did that sound fun and liberating but, as a teacher, I realized how it was so bloody unlike the experience most student writers have in a classroom writing experience, what with MLA format, CD/CM/CM, assessing non-fiction texts, and writing the five paragraph essay.

So here’s what I did:

Monday:  I wrote a simple question on the board:  “If you could write anything, what would it be?”  And I told my juniors that they had two days to think about that question.

Tuesday:  Before our regular lesson, I shared Wendig’s essay with them.  Even then I saw some raised eyebrows.  I saw them because I was intentionally gauging the reaction.

Wednesday: I arranged for the Chromebook cart, told them to each grab a computer, open a document in Google Drive, and take the rest of the period and write.

I told them to Just. Write.

I told them to just start typing.

I told them to write whatever they wanted.*

I told them to fling mud and do donuts.

I tried to remove as many of the “typical” restrictions as possible.  The only rule was that they had to share the document with me in Google Drive, though I assured them I would be the only one reading what they wrote.  I also told them that I would make one positive comment on their paper, but that I would not be marking for spelling, grammar, or punctuation.  Furthermore, to take away the specter of poor grades, I informed them that I had already created an assignment called “NaNoWriMo,” that I put it in the largest grading category, and that everybody had already received full credit.

My goal was to try to ignite a fire, create a passion, or at the very least, see them having some fun with writing.  My intuition was telling me that, at least with some of them, that fire would spread and the passion would grow.  And as they wrote, I realized that I couldn’t remember a time a class was so quiet, so focused, and so intent on what they were doing.

When I reviewed the documents they shared with me, I was floored by the variety and intensity of their pieces.  They wrote letters, stories, poems, angry rants, rap lyrics, graphic novels, and journal entries about the pain of divorce, social isolation, and depression.  Did everyone take it seriously?  Of course not.  This approach did not work for everybody.  But with forty students in every class, I’ve learned to accept the cruel truth that you’ll never reach or save them all. But I do believe that those who did take it seriously will, hereafter, come to the writing table with a changed perspective.

The next day, for example, one typically spazzy and unfocused boy looked at me with wide eyes and said, “When I was writing. . .I felt good.”

That’s a win in my book, folks.

I knew our experiment was successful because, even though I’d not had a chance to return the Chromebook cart, the students came in the next day and immediately grabbed a laptop and went back to their seats and starting writing.  When had that ever happened in my career, I thought to myself? So I scrapped what I had planned and I let them go.  Detachment from objective for the teachable moment.  Because of that success, I arranged for the Chromebook cart every other Friday for the rest of the year.

We will spend those days just writing.  Whatever we want.

*I only gave them three rules: No racism. No sexism. No pornography (although I explained that there was a difference between pornography and erotica).