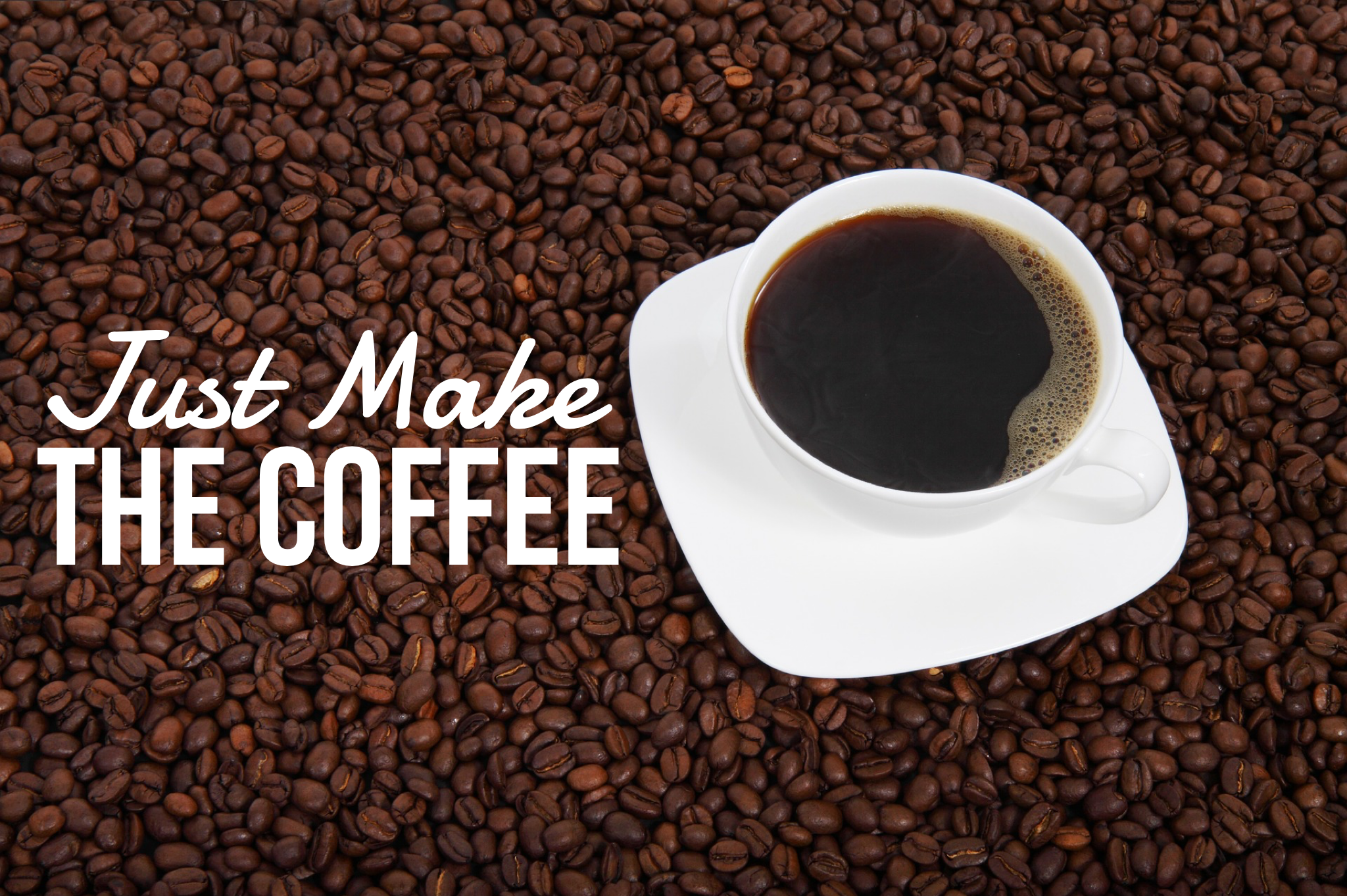 (Note: Formerly known as “2-Minute Zen”, “Instant Zen” will be the name of blog posts that are either very short or else contain concepts, tools, and strategies that are quickly and easily implemented. Please enjoy this first installment of your Instant Zen!)

Not too long ago I was going through a rough time.

I know enough to know that life presents us with peaks and valleys, and I knew the situation was temporary (because really, ALL situations are temporary), so ultimately the details of what I was up against aren’t particularly important, but what I learned from the experience is.

And that’s what I want to share with you.

One morning I was obsessing over my struggles. I had just woken up, and the anxiety and stress was already rising. I reached into the cupboard for coffee filter when I heard a little voice in the back of my head.

I tuned into my senses and focused on the task in front of me: I put the filter in the basket, opened the bag of Peet’s Dark Roast Decaf*, took a big whiff of that amazing coffee aroma, and filled the carafe with clear cold water from the kitchen tap. Finally, I poured the water into the reservoir in the back of the coffeemaker and flipped the switch. When the coffee was done, I sipped it mindfully, letting the dark liquid coat my tongue and all my taste buds before letting it glide down my throat.

After a few sips, whatever I had been obsessing about, as if by magic, didn’t seem quite as important or pressing. The clouds parted and I was able to see things just a smidge more clearly.

Let me be clear: It’s not that the problems went away. I just decided to focus on what was in front of me that I had influence over, instead of obsessing over something that, at least at the particular moment, I could not change.

Turns out, listening to that little voice in the back of my head was the wisest thing I could have done.

So the next time the anxiety starts to rise and the stress fills your mind with clouds, slow down.

Focus on what’s in front of you.

And most importantly, do the thing.

Cut the vegetables for dinner.

Or, if you’re lucky, write that poem, take that picture, or sing that song.

Will the problems be solved when you’re done, turning to dust and ashes in the fiery wake of your enlightenment?

But by being mindful, and focusing on the task at hand, you will be redirecting your mind, your thoughts, and your senses, to the things that matter.

The things you have control over.

And the immediacy of your task will take precedence over the thoughts that torture and taunt you. You will be consumed not by your worries, but by the things that are making up your present moment.

The things that you can affect.

So listen to that voice:

*For the record, I save my Peet’s (what I call “The Good Stuff”) for the weekend. During the week, it’s strictly generic supermarket brand decaf.

Beautiful read, and spot on!