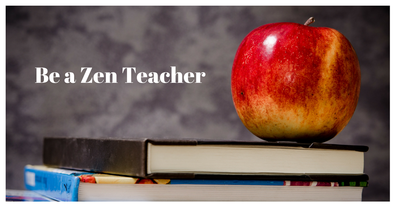 A teacher and I were recently discussing focus and productivity and the subject of multi-tasking came up.

The teacher–unquestionably an efficient and productive person–was pondering her perception of herself as a multi-tasker.
​
“I once heard someone describe multi-tasking,” she said, “as the best way to fail at many things at once.”

This blew my mind.

Why describe multi-tasking as a way to fail?

Because it expresses what most of us know intuitively, but that our current culture wants us to forget. . .

That multi-tasking is an illusion.

That we usually end up doing more, better if we can focus on one thing at a time.

Though it seems counterintuitive, single-tasking is the greatest secret weapon to increasing focus, productivity, efficiency, and simplicity in your job and in your life.

Todd Herman, creator of The 90 Day Year goal achievement program and coach to Olympic athletes and CEOs of Fortune 500 companies, talks about a concept he calls “Context Switching.”

Herman reminds us that science has proven that when we switch from one activity to another—say, from writing an email to creating curriculum to talking to a student—that it takes a number of minutes to become fully re-engaged in the original task, which not only causes us to lose precious time that could be spent completing our tasks and achieving our goals, but also diminishes the quality of what we are able to get done.

The way to avoid this, of course, is to make sure we are focusing on only one task at a time. I know that seems like crazy talk to teachers. It’s very hard for us to not be doing a hundred things at once at a million miles an hour. But in the end, spending the time and energy to focus on and complete one task at a time with your full attention, intention, and purpose will make you far more focused and productive in the long run.

So how do we train ourselves to single-task?

Herman recommends a system he calls the “block and tackle” method. In this ultra-simple approach, he recommends that after deciding which tasks are the most important, that you block out a certain amount of time and do nothing but that task. No social media, no texting, no phone calls. Nothing.

If you were to catalogue, for example, every time you switch from the task at hand over to Facebook or Twitter or YouTube, you would be aghast at all of the lost time, focus, and energy you sacrificed in the transition.

In the block and tackle method, though, you do nothing but place our full attention and focus on that task until it’s done. And it’s only after the task is completed that you take a break, eat something, take a short walk, enjoy a brain break, or reward yourself in some way for being productive.

We’re not talking about six or eight hours at a stretch, of course. In the block and tackle method, Herman suggests setting a timer for between 30-90 minutes at a time.  This could be during your free period at school, in the evening, or on the weekend. Anyone can focus on a single task for an hour or so to make sure it gets done and marked off the list.

Have an urgent task on your to-do list and want to ensure you get it done?

Block and tackle it!

As the conversation progressed, the teacher and I talked about how much simpler our lives would be, and how more mental space and focus we would free up, if we gave ourself permission to focus on. . .

Employ the “block and tackle” method.