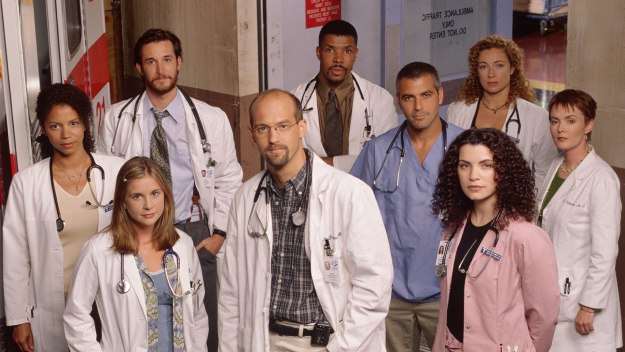 The tingling in my left arm started around 9 p.m. It was a Saturday night, and I was just goofing around on my iPad. When it got to the point that I couldn’t ignore it, I paced around, but couldn’t seem to walk it off.  When the chest pains began and my left arm went numb, I thought I’d better dial the physician on call.

I’d only been in my new apartment a month and I lived alone, so I wasn’t sure exactly what to do. And maybe I watched too much television in the 70s, but when someone on Quincy had a numb left arm and chest pains, they rarely made it through the episode. #heartattack

After a few minutes of questions, the on-call doc insisted I call 911.

Wait. What? Are you serious?

I had never called 911 in my life, but I didn’t see an alternative. Really?

Fast forward nearly twenty-four hours: I found out that the stereotype was true (the three paramedics were totally hunky), I declined their offer to drive me to the ER and drove myself (because I didn’t know how I would get back home if they took me), and I only managed three hours of broken sleep as I spent the night in the hospital ER wing, waiting for the hospital in MY network to find a place for me (and they ultimately said, “We don’t have anywhere to put him; you keep him”. Thanks, guys. Love you, too.).

My “foster” hospital did bloodwork and gave me multiple tests, including a stress test that ruled out potential cardiac arrest and, in the Thank-God-for-Small-Favors department, I tested negative for COVID-19.

So what, pray tell, was it?

Where did these annoying and concerning symptoms come from?

According to the night shift of Pomerado Hospital, the nearest they can tell is that it was stress related.

When they said, “Have you experienced any stress lately?” I laughed in their faces.

Let’s see: Moving out of the family home, going through a divorce, teaching remotely with some students attending in person and some entirely online, civil unrest, political division, a global pandemic.

It looks like The Zen Teacher had a giant anxiety attack.

Now before I start processing book refunds, hear me out.

I am being totally honest here–and perhaps, even a little bit vulnerable–because I want you to see something. . .

No one is exempt.

Even The Dalai Lama gets a little worked up now and then.

So does Thich Nhat Hanh.

I’m sure even that super chill dude from Kung Fu* got his panties in a bunch once in awhile.

Stress can sneak up on you.

It can build up when you least expect it.

It can manifest physically if you’re not careful.

It can mimic much, much more serious maladies.

But the point is that, despite the irony, I didn’t beat myself up about it.

I accepted what happened, got back on the horse, and said I’ll try again tomorrow.

More giving myself grace when I’m not as chill as I think I should be.

I left the hospital so grateful that I had a stress reduction, self-care practice in place for many years because I shudder to think of the outcome if I hadn’t.

So please use me as a model, an example, that being a Zen Teacher is a path; a journey.

We do the best we can. But some days, months, years are harder than others.

As the days roll on, just remember to try to take care of yourself.

When the whole ER ordeal was over, my daughter said, “When was the last time you stayed overnight in the hospital?”

In other words, I’ve only been in the ER a couple times in my life.

So far, everything else has turned out all right. TZT